The young hot Bollywood actors are going crazy about tattoos and the latest to join this long list of Tattooed men and women is Ranbir Kapoor.

Ranbir has got Awaara inked in Devanagari script on his wrist, which was very much visible at the first trailer launch of his comeback movie with ex girlfriend Deepika Padukone Yeh Jawaani Hai Deewani.

FDeepika Padukone had inked Ranbir Kapoor’s initials RK on her nape but the actress got it modified after their bitter breakup in 2010. The Cocktail actress has one more tattoo on her ankle, which was also visible at the trailer launch of Yeh Jawaani Hai Deewani.

Post the success of Agneepath last year, Priyanka Chopra made a style statement with ‘Daddy’s li’l girl’ inked on her wrist.

Saif Ali Khan’s famous ‘Kareena’ tattoo on his arm was the Nawab’s way of confessing his love to his then girlfriend and now wife Kareena. He got his tattoo way back in 2008.

Akshay Kumar, who is known as family man, has his son ‘Aarav’s’ name (with a halo) inked on his back.

Sultry Maliaka Arora Khan has ‘Angel’ written on her waist.

Former Miss Universe Sushmita Sen has tattoos her wrist, arm and back.

Raveena Tandon was among the earliest Bollywood actresses to get a tattoo. She earlier had a Scorpio tattoo then one on back.

Ajay Devgn’s tattoos were on full display in Golmaal 3. 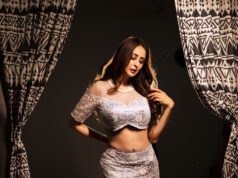 Can You Write My Essay Reviews & Tips