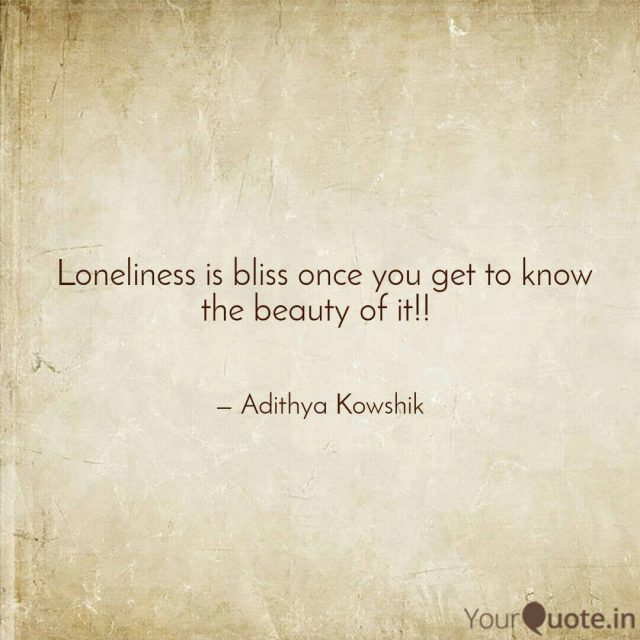 I read somewhere- Living alone, feeling alone, being lonely and being isolated are totally different conditions but we often combine them. This is where we make a big mistake!

In my view if you are alone you are more likely to introspect, plan, be with the nature or reach out to some friend, than otherwise. This means that one has multiple choices when alone than in a company.

Today, you find several young people of both genders preferring to remain Single and stay all alone compared to a few decades earlier for multiple reasons. Most importantly, freedom, control of one’s own time and space and socialize on one’s own terms.

Another factor favoring this trend is the technology which enables one to interact with known and unknown people on social media twenty four hours a day. Further, one often feels that it is better to be alone than with a wrong person.

Today, people especially the educated middle class in metros is more self- dependent, confident, less adjusting type and doing financially better than ever before. That does not, however, mean that people staying alone are always happier than those staying with conventional life partners andfamilies. There will always be times when you need someone for help in case of immediate needs like medical condition or any other.

But the stigma attached to those people living alone, especially women, is far less than it used to be say a few decades back.

Those who were getting into their thirties and early forties were always seen with raised eyebrows and were a talking point among their conventional counterparts who were married in their twenties and living with their families. The ones who remained single were seen as if they are from a different world and were always looked down upon with some kind of suspicion about their sexual deficiency.

However, the scenario has changed and I am sure it is further going to change and the ones who are living alone will have many more people like them and the day may not be too far when their number becomes more than their conventional counterparts

Poetry Blogs that You Must Follow for Some Inspiration.