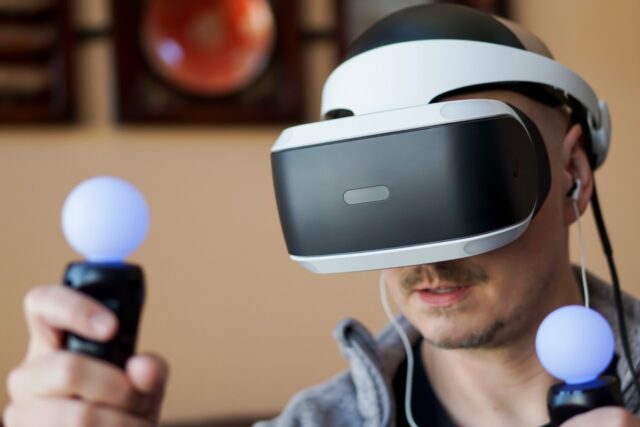 In 2015, I published a viral piece for the Inquisitr about the most underrated inventions of the 2010s, so far. Last year, we had the DNA testing app, which shocked the world of medicine. Also, the condoms that change colors whenever it encountered STD antigens was another underrated, yet genius invention.

Due to an eye-watering amount of inventions were introduced to the world this year, I figured it would only be right to expose you to more inventions. The following inventions not only sold units like hotcakes, they also made some sort of impact in the industry they dominate in. Below are seven of the top innovative inventions of 2016. On TIME’s 25 Best Inventions of 2016, this product topped their list. It’s called Flyte and it is a lightbulb relying solely on electromagnetism technology to levitate and spin around. This bulb design came from the same man who invented the first levitating skateboard: Simon Morris. However, the board never managed came off the ground.

Inspired by the likes of Thomas Edison and Nikola Tesla, Morris says that Flyte has sold tremendously well since its release in January. A different line of ecosystem products is expected to be released in June of 2017. With the helmet costing a little over $100, this folding helmet is the ultimate gift for any cyclist. Jeff Woolf, the inventor of Morpher, came up with this idea following a tragic accident that nearly took his life.

One day, however, Woolf came up with the idea to create a bike helmet that can fit into any backpack. Utilizing Indiegogo, the Morpher concept was able to rack up over $300,000 in donations from the internet. The Morpher is expected to continue pushing units in the US and Europe. Based in Las Vegas, Nevada, StreetSaw’s self-balancing electric scooters are one of the greatest hoverboards ever invented. Its founder, Daniel Moravec, unveiled the first StreetSaw hoverboard at the Consumer Electronics Show, thus changing the personal transportation industry.

With millions of hoverboards sold, according to Roger Martin, a customer service representative at StreetSaw, more varieties and models are expected to be released in the future. In 2016, Sony decided to step its game up with a virtual reality headset. PlayStation VR, a great, powerful headset, is the next-generation of gaming. This VR product works with any existing PlayStation 4 console, increasing the intensity of your entertainment experience.

It costs a couple hundred bucks, but it serves as one of the easiest ways to experience what all video games will look like in the future. According to VG247, although Sony showed up to the virtual reality industry late, it has already dominated all its competition, including HTC and Samsung. This invention is out of this world. Jing Haipeng and Chen Dong, two Chinese astronauts, arrived in orbit with an orbital laboratory bigger than the International Space Station (ISS). The space station, Tiangong-2 (Heavenly Palace 2), was created with a wide exercise area and a medical experiment bay, TIME reported.

What is China’s next big move? Well, the Chinese government plans to launch an even bigger space station by 2018. It’s expected to be “comfier” than the ISS. For the first time in nearly 57 years, Mattel, the creator of Barbies, gave the dolls a major facelift. Due to decreased sales, Mattel did something no one saw coming: they changed the appearance of their dolls into real-life human beings.

Barbie dolls now come in different hair colors, styles, ethnic backgrounds, and shapes. Gone are the unrealistic, generic body figures that influenced young girls to follow. In 2016, the large move was marked as one of the biggest of all-time in the toy industry.

1. The Speaker That Talks Back Amazon has revolutionized the tech industry in countless ways. The Amazon Echo, a standard Bluetooth speaker, is one of their greatest inventions and best-selling products of 2016. Unlike Apple’s Siri or Microsoft’s Cortana, this speaker, using Alexa’s functionality, can use different apps, wake you up in the morning, call an Uber for you, turn off the lights in your home, and even order pizza.

It’s an extremely powerful speaker that can be purchased on Amazon for only $59, with the better models ranging from $99 and up. So now you know. Seeking your own personal assistant? Look no further, Alexa is here to help you anytime of the day.