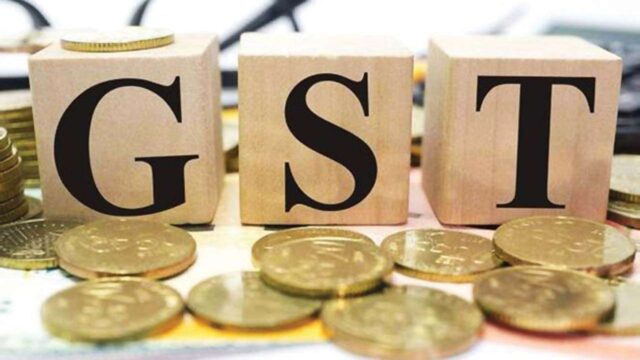 Now in today’s article he is going to discuss on current HOT topic which is shacking to the nation currently.

What is GST (Goods and Services Tax)?

It is a destination based tax on consumption of goods and services. It is proposed to be levied at all stages right from manufacture up to final consumption with credit of taxes paid at previous stages available as setoff. In a nutshell, only value addition will be taxed and burden of tax is to be borne by the final consumer.

step in the field of indirect tax reforms in India. By amalgamating a large number of Central and State taxes into a single tax, it would mitigate cascading or double taxation in a major way and pave the way for a common national market. From the consumer point of view, the biggest advantage would be in terms of a reduction in the overall tax burden on goods, which is currently estimated to be around 25%-30%. Introduction of GST would also make Indian products competitive in the domestic and international markets. Studies show that this would have a boosting impact on economic growth. Last but not the least, this tax, because of its transparent and self-policing character, would be easier to administer.

The salient features of GST:

taxation as against the present principle of origin based taxation.

stock transfers) of goods or services. This would be collected by the Centre so

that the credit chain is not disrupted.

(v) Import of goods or services would be treated as inter-State supplies and would be subject to IGST in addition to the applicable customs duties.

(vi) CGST, SGST & IGST would be levied at rates to be mutually agreed upon by the Centre and the States under the aegis of the GST Council (GSTC).

GST would replace the following taxes:

GST would replace the following taxes currently levied and collected by the Centre:

State taxes that would be subsumed within the GST are:

(ix) GST would apply to all goods and services except Alcohol for human consumption.

Natural gas) would be applicable from a date to be recommended by the GSTC.

(xi) Tobacco and tobacco products would be subject to GST. In addition, the Centre would continue to levy Central Excise duty.

(xii) A common threshold exemption would apply to both CGST and SGST.

Taxpayers with an annual turnover of Rs. 20 Lakhs (Rs. 10 Lakhs for special

category States) would be exempt from GST. A compounding option (i.e. to

Rs 50 Lakhs. The threshold exemption and compounding scheme would be Optional.

(xiii) The list of exempted goods and services would be kept to a minimum and it would be harmonized for the Centre and the States as well as across States as far as possible.

(xiv) Exports would be zero-rated.

SGST. In other words, the two streams of input tax credit (ITC) cannot be cross utilized, except in specified circumstances of inter-State supplies for payment of IGST. The credit would be permitted to be utilized in the following manner:

ITC of CGST cannot be used for payment of SGST and vice versa.

(xvii) The laws, regulations and procedures for levy and collection of CGST and SGST would be harmonized to the extent possible.

You can send us your inquiry / requirements for Loan..

The countdown to the Mega Qatar International Art Festival 2021 begins

Lets Pamper yourself this monsoon.

Seeing London in A New Light