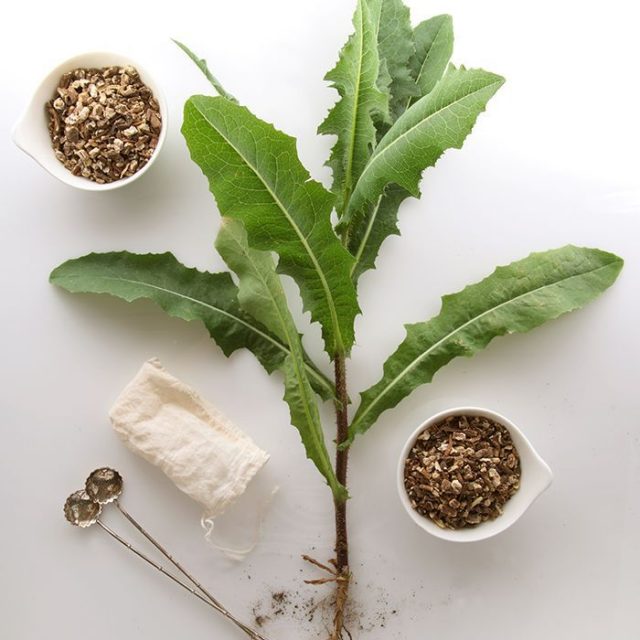 Since ancient times our ancestor’s harvested the many herbs and spices that grew wild around them, mixed potions, and treated ailments. Man was after all a hunter-gatherer, and an omnivore, (an organism which gets its food energy from both plant and animal material).

The humble herb and spice rack in your kitchen today need not be just a decorative feature, although they look quite pleasing to the eye hanging on the wall, in both modern and old fashioned styled homes. They can in fact hold a plethora of natural healing ingredients that can also add great taste to the foods you eat every day.

Of all the herbs and spices you can choose from for flavor, there are 15 that are more powerful than the rest. Below is the list and you may well be surprised to learn of the many diverse conditions for which they’ve proven so very useful.

1. BASIL – Basil is an herbal carminative, that is, it can relieve gas and soothe stomach upsets. One possible explanation for its calming effect is a compound called eugenol, which has been shown to help ease muscle spasms. Research is still preliminary, but laboratory studies also suggest that compounds found in basil may help disrupt the dangerous chain of events that can lead to the development of cancer.

2. CAYENNE – Cayenne pepper is a hot red powder made from tropical chili peppers. It contains alkaloid capsaicin, which relieves pain by blocking the chemicals that send pain messages to the brain. If you eat cayenne at the first sign of any type of headache, with plenty of water as a chaser, this spicy herb may be an effective alternative treatment. Added to food, cayenne perks up appetite, improves digestion and relieves gas, nausea, and indigestion. The herb also thins phlegm and eases its passage from the lungs, thus helping to prevent and treat coughs, colds and bronchitis.

3. CINNAMON – Cinnamon bark contains an oily chemical called cinnamaldehyde that kills a variety of illness causing bacteria, including the dreaded E.coli, Salmonella, and Staphylococcus aureas. Research shows that cinnamon is also able to stop the growth of the Asian flu virus. Herbalists report that cinnamon bark also helps regulate the menstrual cycle and checks flooding during menopause. Also cinnamaldehyde has a tranquilizing effect that helps reduce anxiety and stress.

4. CLOVE – Oil of clove is 60 to 90 percent eugenol. A potent pain deadening antimicrobal. Clove has earned the official endorsement of the FDA as an effective stopgap measure for tooth pain. Clove is also among the spices that can help the body use insulin more effectively, thus lowering blood sugar somewhat. In one lab study, clove was also found to speed healing of the dreaded cold sores.

5. DILL – Dill has been used to soothe the digestive tract and treat heartburn, colic and gas for thousands of years. In fact, the word dill comes from the Old Norse word dilla, meaning to lull or soothe. The herb has an antifoaming action that suggests why it might help break up gas bubbles. Like parsley, dill is rich in chlorophyll, which also makes it useful in treating bad breath.

6. FENNEL – Rich in volatile oils, fennel is what’s known as a carminative herb, meaning that it can ease bloating, gas pains, and digestive spasms in the small and large intestines. Fennel can also reduce bad breath and body odor that originates in the intestines. Women who are breastfeeding may find that fennel, which works in a way similar to the body’s hormones, increases milk flow.

7. GARLIC – Intact garlic cloves contain an odorless, sulphur-containing amino acid called alliin. When the garlic is crushed, alliin becomes allicin. Research shows that allicin helps lower cholesterol and blood pressure and also helps prevents blood clots. Garlic can also reduce the risk of developing atherosclerosis (hardening of the arteries). Compounds in this familiar bulb kill many organisms, including bacteria and viruses that cause earaches, flu and colds. Research indicates that garlic is also effective against digestive ailments and diarrhea. What’s more, further studies suggest that this common and familiar herb may help prevent the onset of cancers.

8. GINGER – When it comes to quelling the queasiness of motion sickness, ginger has no equal say herbalists. In fact, researchers have demonstrated that ginger beats dimenhydrate, the main ingredient in motion sickness drugs such as Dramamine, for controlling symptoms of seasickness and motion sickness. Ginger stimulates saliva flow and digestive activity, settles the stomach, relieves vomiting, eases pain from gas and diarrhea, and is effective as an anti-nausea remedy. This aromatic herb also helps lower cholesterol. Herbalists have also found it to be useful as a pain reliever.

9. MINT – Herbalists the world over use mint, as a premier stomach tonic, to counteract nausea and vomiting, promote digestion, calm stomach muscle spasms, relieve flatulence, and ease hiccups. Menthol, the aromatic oil in peppermint, also relaxes the airways and fights bacteria and viruses. Menthol interferes with the sensation from pain receptors, thus it may be useful in reducing headache pain. Scientific evidence suggests that peppermint can kill many kinds of micro-organisms, and may boost mental alertness. In one study, people who inhaled menthol said they felt as if it relieved their nasal congestion, although it didn’t increase their measurable air flow.

11. PARSLEY – Diuretic herbs such as parsley prevent problems such as kidney stones and bladder infections and keep our body’s plumbing running smoothly by causing it to produce more urine. They also relieve bloating during menstruation. Also there’s a reason for that parsley on the edge of the diner plate, its not just there for fancy decoration; it’s an effective breath freshener because it contains high levels of chlorophyll.

12. ROSEMARY – Rosemary is one of the richer herbal sources of antioxidants, which have been shown to prevent cataracts, and contains 19 chemicals with antibacterial action that help fight infection. Traditionally used to ease asthma, this common culinary ingredient has volatile oils that can reduce the airway constriction induced by histamine, that chemical culprit of asthma and other allergy symptoms. Herbalists think that rosemary may also help ease breast pain by acting as a natural drying agent to fluid filled cysts.

13. SAGE – The oils found in sage are both antiseptic and antibiotic, so it can help fight infections. Sage is effective for symptoms of menopause, night sweats and hot flashes, because of its estrogenic action and because its tannins can dry up perspiration. There’s also compelling evidence that sage may be of value to people with diabetes for whom the hormone insulin does not work as efficiently as it should. Lab studies indicate that sage may boost insulin’s action.

14. THYME – Thyme contains thymol, which increases blood-flow to the skin. The warmth is comforting, and some herbalists believe that the increased blood-flow speeds healing. An anti-spasmodic. Thyme relaxes respiratory muscles and is endorsed for treating bronchitis by Commission E, the expert panel that judges the safety and effectiveness of herbal medicines for the German government. Aromatherapists say that thyme’s scent is a mood lifter.

6 Steps To Turn Strangers Into Connections

10 Instagram Accounts that will inspire you to reach Success