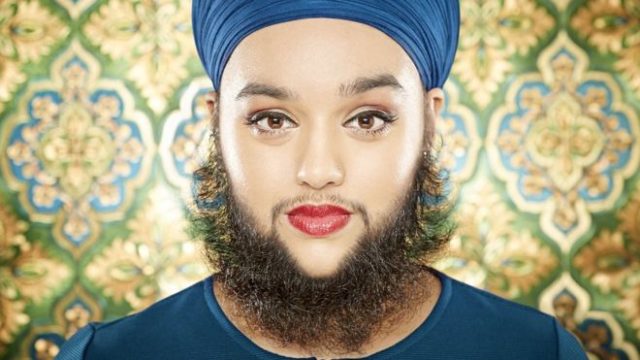 “Don’t be hooked on trends. Don’t make fashion own you, but you decide what you are, what you want to express by the way you dress and the way you live.”  –  Gianni Versace
This beautiful quote describes me completely. To start even I wasn’t even a fashion enthusiast but it happened suddenly and then the experiments, discoveries began. It was pretty challenging for me to decide what I wanted to wear, let me put it this way I was conflicted about clothes. Sounds funny, isn’t it? it is true. Along with that, I didn’t have an opinion on fashion because I liked a frock as much as a pant but I was forced to follow the norm and to eye on men’s wardrobe. That didn’t stop me from adoring ladies section. And to be frank later on had variety and former one appeared similar every time. Later on, I met few people who started judging me because of my clothes which were actually awful earlier, a lot of disapprovals, judgements, giggles and disappointments occur.
I didn’t have an opinion, I was conflicted that time. I wasn’t just discovering myself in streets of fashion but also struggling with sexuality and gender issues. And finally, after 17 years I had an opinion, identity and strength to not care about society and most importantly doing fashion totally my way. I started experimenting with everything, this time I wasn’t fumbling while walking through ladies section of stores and that’s when the line between gender and fashion were crossed. Now those unwanted eyes on my style, personality doesn’t bother me, the only thing which bothers me is what am I going to wear tomorrow? The change was accepted, people who made fun of me started appreciating and praising but I just had to say I wish you would help me out anyways thanks. Thank god, I didn’t receive any help I had to learn, explore and embrace it myself. Now heels are new friends of my shoes, tees share a bond with the crop top, my waist loves lehenga. And a beautiful saree along with shirt makes me feel majestic, now I feel there’s a camaraderie between my wardrobe and me. And shopkeepers too, he he.

But it was really tough for people to understand my style sense they would address me as a crossdresser or drag queen which I wasn’t, I had to explain to them that I’m best of both the genders. They didn’t use to see a guy draped in a saree posing with the bearded look, or a guy who isn’t stuffing anything into his shirt to make it look like the pair of breast. There were times when people from my community i.e. LGBT community mocked me but I walked as graceful as any dignified lady or man would walk on the street and I’d proudly say them I’m androgynous and you need to update your database. I’m happy to address myself as ‘Girl with Beard’. It really portrays and conveys me being androgynous and my idea of experimenting with Indian clothes and spread androgyny everywhere.

How To Fall In Love, Again — With Your Spouse

10 job hunting mistakes you should avoid