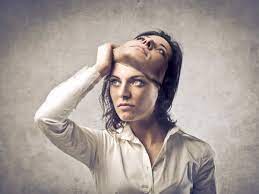 You know the feeling; your gut instincts (which you should never ignore) are telling you that something is just not right here. When you suspect that someone isn’t telling the whole truth, your intuition is often right on.

Someone who is a master of deception can conceal the truth from you without you catching on. Most of us have built-in lie detection capabilities that we can tap into to be able to tell when we are being lied to. However, sometimes liars have ways of deceiving us, and the signs might not seem so apparent.

10 SIGNS YOU’RE BEING LIED TO

Contrary to popular belief, avoiding eye contact does not make someone a liar. Lack of eye contact can mean that they are uncomfortable in social situations.

On the other hand, deliberately holding eye contact while they speak to you in combination with any of these other signs, likely indicate that they are lying. By holding your gaze for a long time, the liar is attempting to fool you by proving that they are trustworthy.

The rate of blinking is an indicator of being lied to. Either fast or very slow blinking can mean that the speaker is not telling the truth.

According to Pamela Meyer, author of Liespotting, we have a trust bias. We tend to believe people more often than we don’t believe them.

Body language with crossed arms indicated that the person is shielding themselves or concealing something. Since they know that they are lying, they are covering their chest to hide their heart. Unlike their mouth, their heart can”t lie.

Liars use fewer words that distinguish between what they did and did not do. These words include “Except,” “But,” “Nor,” and “Either.” They also use more negative emotion words like “hate,” “worthless,” and “sad” due to the guilt that they feel over lying to you.

Speaking particularly faster or slower than usual can mean that the person is trying to get through the deception quickly or calm themselves down as they lie to you.

Although it sounds complicated, contextual embedding just means that the liar is giving you too much detail. For example, if asked where they were at the time that a crime took place, a criminal who is trying to hide something might say “I was watching Family Feud, which I always do at 4:00 p.m., when I heard a loud scream.”

Giving few or unclear details about the scenario where the lie happened can be an indicator of untruth. For example, rather than telling you that it was sunny and warm with a slight breeze on the vacation that they supposedly took they might only say that it was nice.

Similarly, repeating the same details over and over again means that the liar is trying to get their story straight by convincing themselves.

A study in the journal Legal and Criminal Psychology on what works for detecting deception found that “emotional leakage” in the face was one reliable way to spot being lied to. This means that small facial expressions reveal the true emotion behind the lie. For example, a smile with a downturned corner of the mouth means that the smile is not genuine.

In a study on how people typically detect lies, researchers found that people most often rely on information from third parties and physical evidence when detecting lies, and that the detection of a lie is often a process that takes days, weeks, months, or longer.

Reading body language is more immediate than waiting until you can gather proof, but becoming an investigator will yield more evidence to back up your suspicions. If you can, ask questions of the other people involved in the lie or visit the place that the person claimed to have been.

For example, if the person who you accuse of lying said that they just went to the store and back, visit the store and then quiz them about something that you noticed while there. You might ask where they parked and then after they tell you, ask if they noticed that the parking lot was under construction.

So what do you do now that you know you’re being lied to? Confront the person with your suspicions and tell them that you plan to seek out the truth yourself. Once you know for certain whether or not they have lied, you can choose to either avoid that person in the future or continue to talk to them while not trusting their word.

9 Things You Didn’t Know Google Maps Could Do