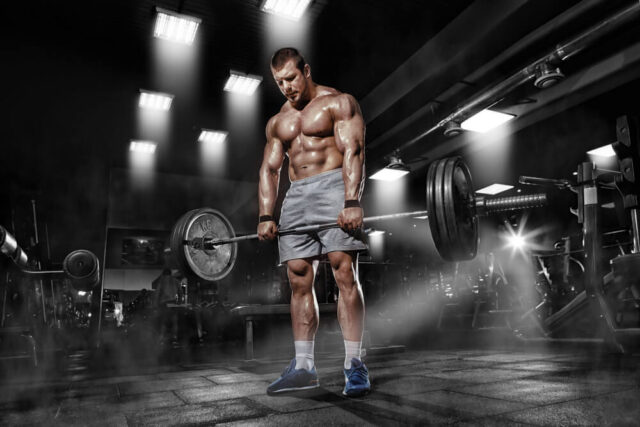 While it’s great to ‘go hard’ in your exercise routine, it’s not as much fun to be so stiff and sore the next day that you can hardly get out of bed.

Some athletes and fitness fanatics actually enjoy the ‘pain’ – knowing it means they are getting fitter, harder, stronger – but is it really a case of ‘no pain, no gain’? And is there anything you can do to minimize or prevent post workout muscle soreness?

First let’s begin with the jargon – this type of pain is called ‘Delayed Onset Muscle Soreness’, or ‘DOMS’. The pain usually peaks within 24-72 hours following a strenuous workout or following the relatively strenuous use of muscles in a new manner.

DOMS is believed to be the result of microscopic tearing of muscle fibres. The amount of tearing (and soreness) depends on how hard and how long you exercise and what type of exercise you do.

Although it can be alarming for new exercisers, generally speaking, these tears are a good thing. DOMS is a normal adaptation process that leads to greater stamina and strength as the muscles recover and grow.

In addition to small muscle tears there can be associated swelling in a muscle which can contribute to the pain.

While many believe that DOMS is just a part of the training process, there are a number of things that can help prevent or minimise the pain.

Ginger root has been used for centuries as a folk remedy for a variety of ailments such as colds and upset stomachs. Recently researchers at the University of Georgia found that daily consumption of ginger can reduce muscle pain caused by exercise.

While ginger had been shown to exert anti-inflammatory effects in rodents, its effect on experimentally-induced human muscle pain has been largely unexplored, said Patrick O’Connor, a professor in the College of Education’s department of kinesiology.

The study, published in the Journal of Pain, found that daily ginger supplementation reduced exercise-induced pain by 25 percent.

In another study published in the Journal of Pain, a team of researchers found that moderate doses of caffeine, roughly equivalent to two cups of coffee, can cut post-workout muscle pain by up to 48 percent.

Those that consumed caffeine one-hour before a maximum force test had a 48 percent reduction in pain.

O’Connor, who along with professors Kevin McCully and the late Gary Dudley co-authored the study, explained that caffeine likely works by blocking the body’s receptors for adenosine, a chemical released in response to inflammation.

Researchers credit the benefits to anti-inflammatory and antioxidant compounds in the cherries, called anthocyanins, that give the fruit its bright red colour.

Besides muscle-recovery, research also indicates that cherries may affect inflammation associated with heart disease and arthritis.

Try doing your leg workout in a pool. Ohio State University researchers found that doing plyometric exercise in a  pool significantly reduced muscle soreness two to three days after a workout. “The participants who did the exercises in water had the same gains in muscle strength as the group that did the workout in a gym, but the gym-based group reported significantly more soreness in their hamstrings, quadriceps and calf muscles” study authour Devor said.

Other research suggests that aquatic plyometric programs provide a less stressful alternative to land-based programs and may help reintroduce atheletes to training following an injury.

Try a supplement of 500mg of green tea extract in the morning and about 30-60 minutes before workouts.

10 Stylish Ways to Wear a Ponytail

How to Never let Emotions Govern your Business Decisions