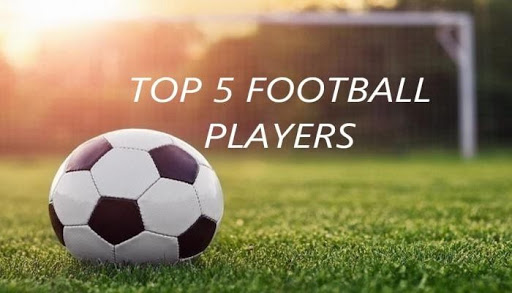 To choose only five among plenty of talented football players is one of the most challenging decisions to make. Yet, in this article, you will learn about the top 5 football players who are recently reigning the football world with their talent and performance.

If we have to talk about recent performance, the top 5 without Robert Lewandowski would be unjust. With 55 goals in his bucket, Bayern Munich’s Lewandowski is the third on the Champions League all-time scorers’ list.

Yes, Mohamed Salah, the Egyptian player, made it to the top 5 for his consistent phenomenal performance. With 19 goals an10 assists, Liverpool’s all-time leading scorer finally brought premier league title for Liverpool.

Football is not all about goals rather skills. Despite less score, Neymar showed his extraordinary talent in getting PSG in the Champion League final. Teammates also count on this world-class player no matter who the opponents are.

Even the haters have to accept that he is a fantastic footballer. His speed can burn any defender. He can quickly shoot from 40 yards long-distance and pick out the top corner effortlessly.

The list will never be complete if the name of Barcelona’s Leonel Messi is missed. Except for a world cup beside his name, he almost won everything, made history, and broke records again and again. The magic he creates while dribbling or attacking mesmerizes even the haters.

How To Stylishly Wear Denim On Denim

This Is How You Get the Job With Just One Interview