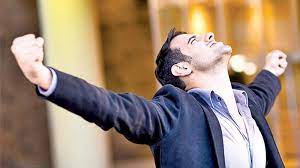 Every gentleman should understand the importance of taking what you’re genetically blessed with and running with it; knowing how to make the best out of yourself and appreciating that the power of being attractive is something that is within your control. There are, however, plenty of gentleman that give up at the first hurdle; you were shut down by one Tinder date and all hope has been thrown out the window. Well, we’re here to tell you that this is absolutely not true, gentlemen – that faith can be restored and that you can, in fact, make yourself more attractive. It’s been scientifically proven, and here’s how…

While this may be a matter of personal preference and dependant on the woman in your life, a study conducted in New Zealand and California showed that women tended to prefer men with less body hair than those with an excess of it. This is an easy one to get right and something that shouldn’t take you too long, gentlemen, but prepare yourself for the pain. … but keep the facial hair (to an extent)

Although your body hair might be something that you need to work on, a study in Australia has proven that women find men with heavy stubble more attractive than those clean-shaven or with full beards. It’s a game of balance, gentlemen, and one that’s definitely within your power. A Canadian study has found that women find men who smile too often to be both feminine and submissive – two things that no woman wants to have to accuse her man of being. This isn’t to say that you should look grumpy and angry all the time, rather just to go for the more brooding, thoughtful look. It doesn’t take a genius to figure out that any woman will crumble when they see a man giving a dog affection; whether it’s his or one that he has passed in he street. According to a study conducted by Psychology Today,  the same man managed to score phone numbers three times more often when he had his dog with him. Need we say more? While we don’t wish to cause offence to any men at the shorter end of the scale, it’s obvious to point out that no woman wants to be shorter than her man. If you’re not blessed with tall genes, fear not, because you can fake it until you make it by choosing shoes with just an inch or two of extra height within them. No one will ever know… Changing your shoes isn’t the only thing that can make you taller – standing straighter will do the trick, too. Not only will this do you favours in the height stakes, but improving your posture is proven to make you more attractive to the opposite sex; you’ll also appear more confident, dominant and more open to being approached… Red is scientifically proven to be the colour of sex, and studies have shown that when a man wears red, he instantly becomes more attractive to a woman. Wear red, gentlemen – wear red. There is scientific proof that women find men who speak and move slowly much more attractive than those who speak urgently, quickly and barely stop to breath. Take it slow, gentlemen, and you might get lucky. Get to the gym

While this may seem like an obvious one, it’s something that you need to take seriously. Get to the gym, start running, get a trainer; do whatever it takes and stop making excuses about it. Hang out in a group

Studies have shown that women find men who surround themselves with lots of people more attractive than those who are lone rangers and prefer to be alone. Not really groundbreaking stuff, but something that men probably don’t consider that often, particularly on their social media accounts. Profile photos of you with your friends means you’re popular, funny and attractive, but photos of you hanging out by yourself with no one around you has the opposite effect. The Best Photo-Editing Apps You Should Have on Your Phone

Karan Johar is now a father to twins