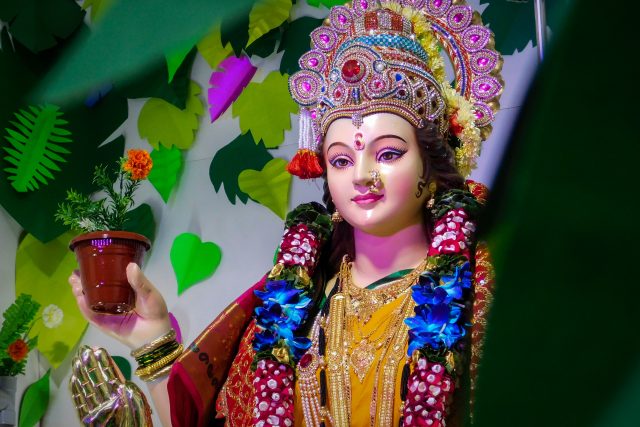 The festival is devoted to goddess Durga, whose nine forms are worshipped on nine days. The last day is also Rama Navami, the birthday of Rama. For this reason, it is also called Rama Navaratri by some people. In many regions, the festival falls after spring harvest, and in others, during harvest.

Shardiya Navratri 2022: The nine-day festival of Navratri is celebrated with much pomp all across the country by Hindus. It is dedicated to the worship of Maa Durga and her nine avatars – Navdurga. In Sanskrit, Navratri translates to nine nights. Hindus celebrate four Navratri in total throughout the year. However, only two of them witness large-scale celebrations – Chaitra Navaratri falls during the spring season, and Shardiya Navratri follows the advent of the autumn season. Shardiya Navratri is marked from the Pratipada to the Navami of Ashwin Shukla Paksha. While the festival is observed with much pomp throughout the country, different customs are followed popularly in different states.

Chaitra Navaratri, also called Vasantha Navaratri, is the second most celebrated Navaratri, named after vasanta which means spring. It is observed during the lunar month of Chaitra (March–April). The festival is devoted to goddess Durga, whose nine forms are worshipped on nine days. The last day is also Rama Navami, the birthday of Rama. For this reason, it is also called Rama Navaratri by some people.

In many regions, the festival falls after spring harvest, and in others, during harvest. It also marks the first day of the Hindu lunisolar calendar, also known as the Hindu Lunar New Year, according to the Vikram Samvat calendar.

Significance of each day

The festival is associated to the prominent battle that took place between Durga and the demon Mahishasura to celebrate the victory of good over evil. These nine days are solely dedicated to Durga and her nine avatars – the Navadurga.Each day is associated to an incarnation of the goddess:

Known as Pratipada (first day), this day is associated with Shailaputri (“Daughter of Mountain”), an incarnation of Parvati. It is in this form that Durga is worshipped as the daughter of Himavan (the Guardian God of Himalaya); she is depicted as riding the bull, Nandi, with a trishula in her right hand and lotus in her left. Shailaputri is considered to be the direct incarnation of Mahakali. The colour of the day is yellow, which depicts action and vigor. She is also considered to be a reincarnation of Sati (Shiva’s first wife, who then reincarnates as Parvati) and is also known as Hemavati.

On Dwitiya (second day), Goddess Brahmacharini, another incarnation of Parvati, is worshipped. In this form, Parvati became Yogini, her unmarried self. Brahmacharini is worshipped for emancipation or moksha and endowment of peace and prosperity. Depicted as walking bare feet and holding a japamala (rosary) and a kamandala (pot) in her hands, she symbolizes bliss and calm. Green is the colour code of this day. The orange colour which depicts tranquility is sometimes used so that strong energy flows everywhere.

Tritiya (third day) commemorates the worship of Chandraghanta – the name derived from the fact that after marrying Shiva, Parvati adorned her forehead with the ardhachandra (lit. half-moon). She is the embodiment of beauty and is also symbolic of bravery. Grey is the colour of the third day, which is a vivacious colour and can cheer up everyone’s mood.

Goddess Kushmanda is worshipped on Chaturthi (fourth day). Believed to be the creative power of the universe, Kushmanda is associated with the endowment of vegetation on earth, and hence, the colour of the day is orange. She is depicted as having eight arms and sits on a Tiger.

Skandamata, the goddess worshipped on Panchami (fifth day), is the mother of Skanda (or Kartikeya). The white colour is symbolic of the transforming strength of a mother when her child is confronted with danger. She is depicted riding a ferocious lion, having four arms, and holding her baby.

Born to sage Katyayana, she is an incarnation of Durga and is shown to exhibit courage which is symbolized by the colour red. Known as the warrior goddess, she is considered one of the most violent forms of Devi. In this avatar, Katyayani rides a lion and has four hands. She is a form of Parvati, Mahalakshmi, Mahasaraswati. She is celebrated on Shashtami (sixth day). In eastern India, Maha Shashti is observed on this day and starting of shardiya Durga Puja.

Considered the most ferocious form of Goddess Durga, Kalaratri is revered on Saptami. It is believed that Parvati removed her pale skin to kill the demons Sumbha and Nisumbha. The colour of the day is royal blue. The Goddess appears in a red-coloured attire or tiger skin with a lot of rage in her fiery eyes, her skin turns dark. The red colour portrays prayer and assures the devotees that the Goddess will protect them from harm. She is celebrated on Saptami (seventh day). In eastern India, Maha Saptami is observed on this day and Bodhon of shardiya Durga Puja.

Mahagauri symbolizes intelligence and peace. It is believed when Kaalaratri took a bath in the Ganga river, she gained a warmer complexion. The colour associated with this day is pink which depicts optimism. She is celebrated on Ashtami (eighth day). In eastern India, Maha Astami is observed on this day and starting with pushpanjali, kumari puja etc. It’s a very important tithi and considered as birth day of Mahishasura mardini rupa of Chandi.

On the last day of the festival also known as Navami (ninth day), people pray to Siddhidhatri. Sitting on a lotus, she is believed to possess and bestows all types of Siddhis. Here she has four hands. Also known as Mahalakshmi, The purple colour of the day portrays an admiration towards nature’s beauty. Siddhidatri is Parvati, the wife of Lord Shiva. Siddhidhatri is also seen as the Ardhanarishvara form of Shiva and Shakti. It is believed that one side of Lord Shiva’s body is that of Goddess Siddhidatri. Therefore, he is also known by the name of Ardhanarishwara. According to Vedic scriptures, Lord Shiva attained all the siddhis by worshipping this Goddess.

In most parts of India, tools and weapons are worshiped in a ritual called Ayudha Puja. Many businesses also grant a holiday to their employees on this day. 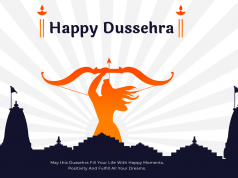 The Developments of Alessandro Volta

How to Clean Your Home in 15 Minutes

8 Ways to Energize Your Career Dreams