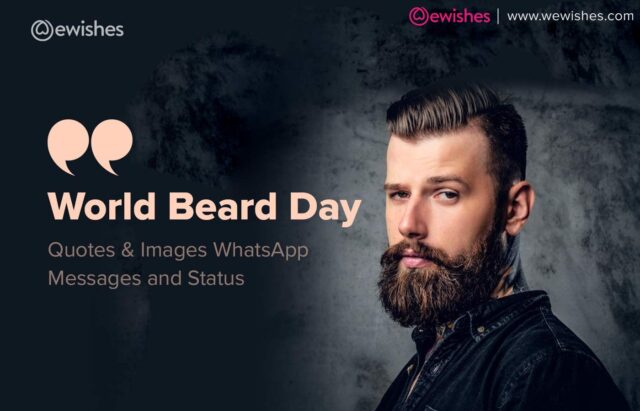 World Beard Day is celebrated annually on an international level with people from every nation and continent gathering together with their beards. It is held on the first Saturday of September and is characterized by the happiness of all people being with their beards and with each other.

So on the occasion of World Beard Day, lets see the most prominent beard style over the last 60 years.

This style still runs strong even today. The goatee was introduced into mainstream culture via counterculture movements like the beatniks, as well as soul and jazz musicians like Dizzy Gillespie, who had been around since the 1940s.

In many tradition beards were associated with “hippies” and the rebellion of the ‘60s and ‘70s against God, country, parents, church—authority in general. It wasn’t the beard that was “sin”, it was the attitude that typically went with it. By the nineties the “hippie” association with the beard had generally receded in American culture, and today the beard taboo has virtually disappeared within many conservative groups.

Sideburns, sideboards, or side whiskers are patches of facial hair grown on the sides of the face, extending from the hairline to below the ears. The term sideburns is a 19th-century corruption of the original burnsides, named after American Civil War general Ambrose Burnside, a man known for his unusual facial hairstyle that connected thick sideburns by way of a moustache, but left the chin clean-shaven.

Designer stubble is a short growth of a man’s facial hair that became popular in the 1980s. This style was worn and reinvented by singer George Michael and actor Don Johnson and was adopted by many others. Several companies manufacture beard trimmers designed to maintain designer stubble, which is also known as “five o’clock shadow”.

Although this style combines three already horrible looks on the list, it has to stand on it’s own for all of the musicians who rocked this exact look. Late Nirvana frontman Kurt Cobain wore it best. Not only did Kurt’s mustache connect to his beard, but he took it a step further by having a thin, two-part goatee that wasn’t connected to anything.

Shaved and bald hairstyles along with beards, moustaches, stubble, sideburns, and the goatee became popular in Europe and North America in reaction to the effeminate early and mid 2000s metrosexual look, with charitable events like Movember further increasing their acceptability.

This is the most common style of beard we see today, no matter where we look. In a 2013 study by the Official Journal of the Human Behavior and Evolution Society found that men with full beards are seen as more attractive, healthier, better at parenting and more masculine.

The 10 Stages Of Guys Getting Jealous