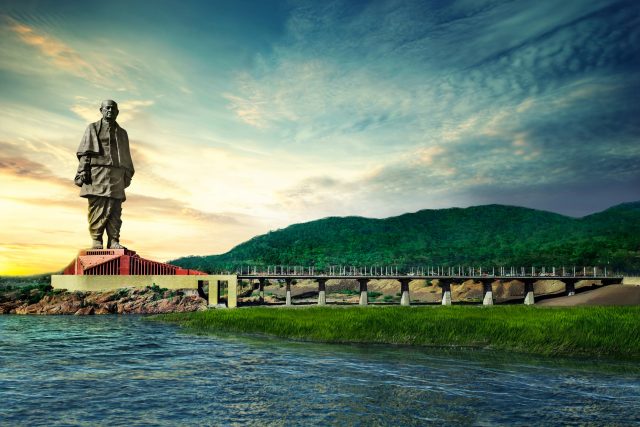 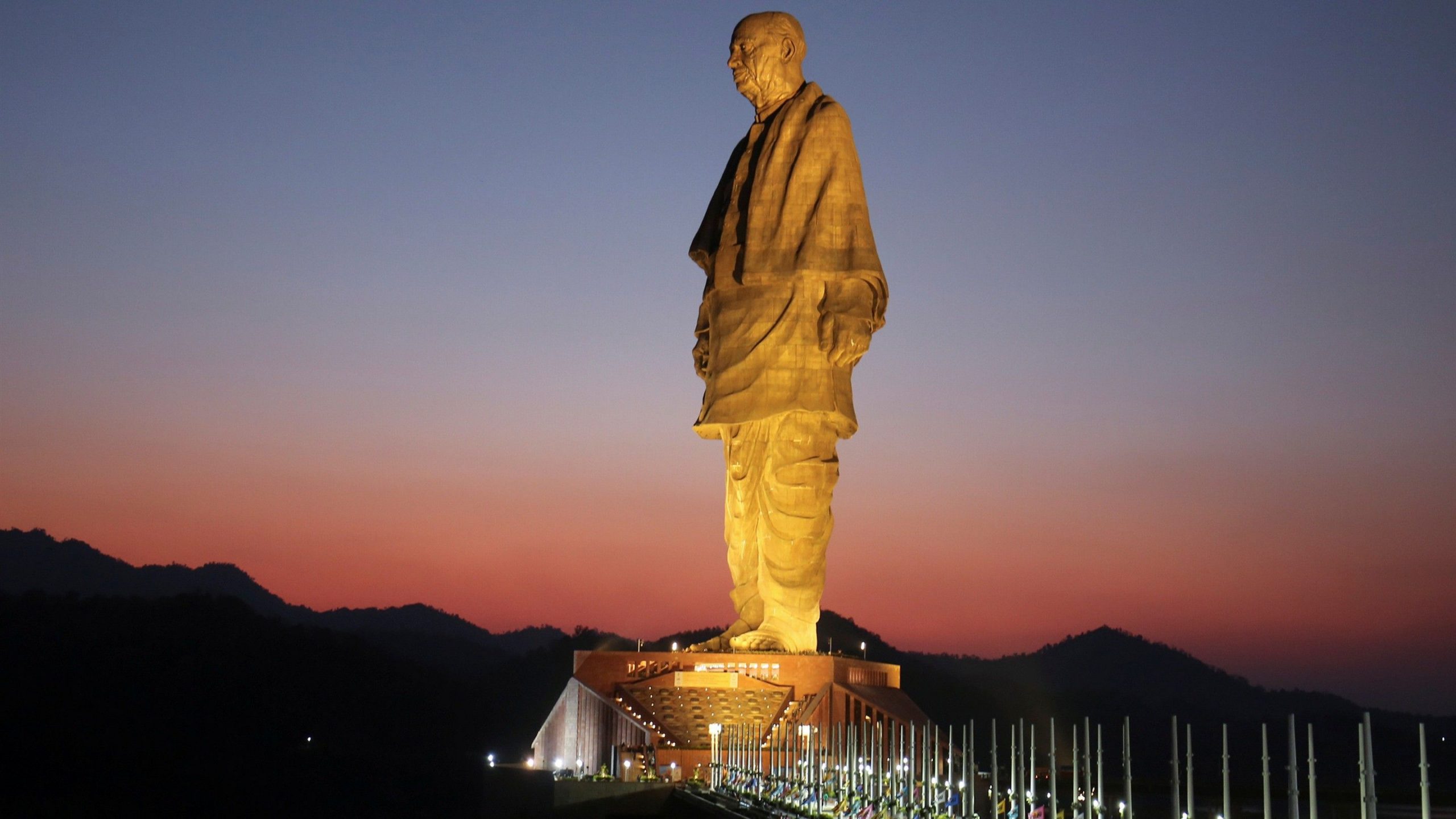 The colossal Statue of Unity depicts Indian statesman Vallabhbhai Patel. He was the highly respected first Deputy Prime Minister and Home Minister of India and is credited for forming the single Union of India. The statue stands in Gujarat, India and is the tallest statue in the world reaching 597 feet in height. The statue can withstand strong winds of up to 180km per hour and earthquakes measuring up to 6.5 on the Richter scale. It was constructed in 33 months and inaugurated in 2018.

Inside the legs are four lifts that can transport visitors to the top in 30 seconds, and much like the Statue of Liberty, this monument will turn green around 100 years from now. It is about 4 times taller than Lady Liberty; however. There has also been controversy surrounding the project, since 185 families including farming families had to be relocated to make way for the huge statue. They were compensated with 475 hectares of new land, but this didn’t stop protests from erupting. 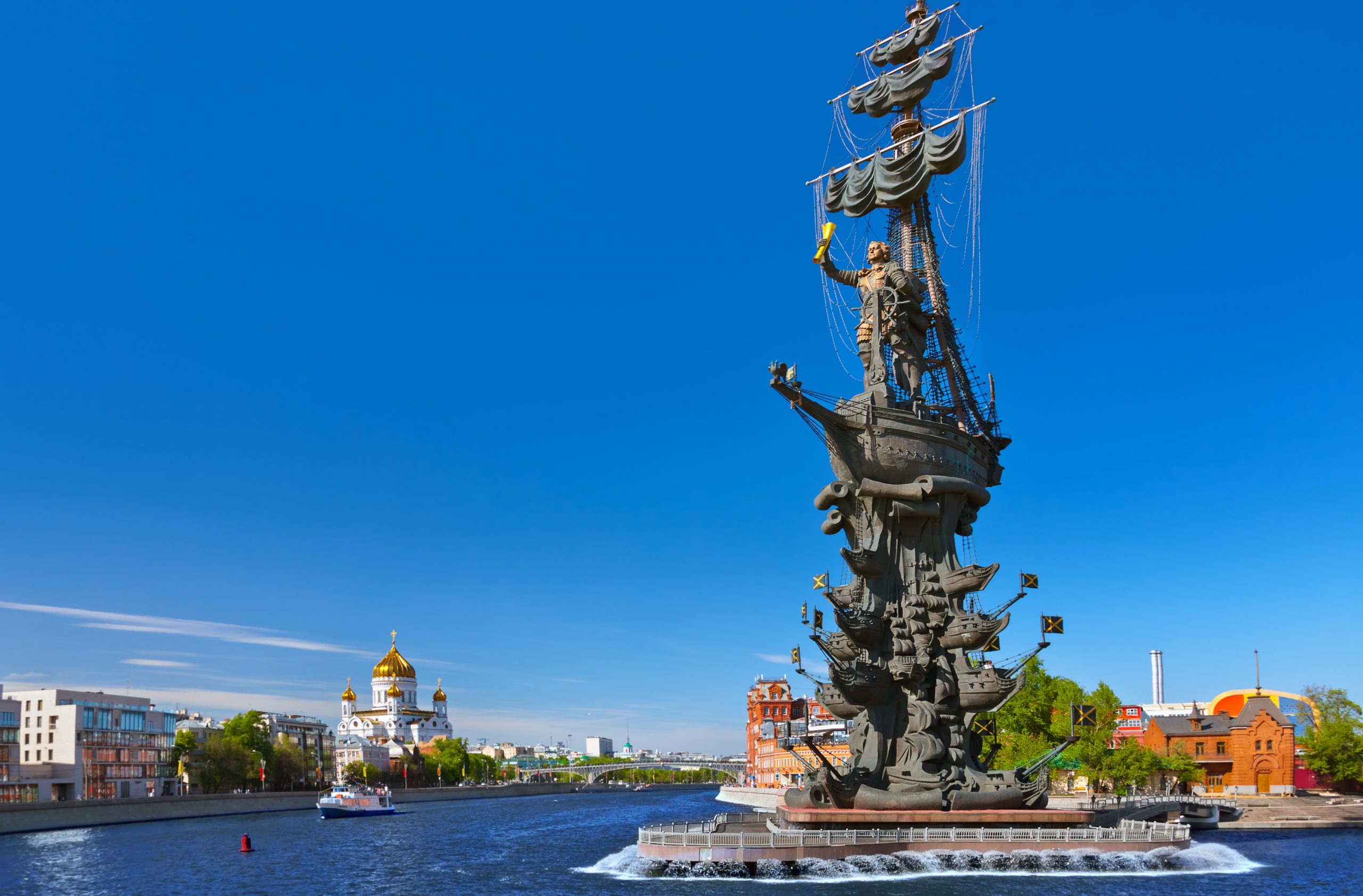 In tribute to the Russian leader, Peter the Great, a massive 322-feet statue of the czar stands atop a tower of ships in Moscow. Unfortunately, it hasn’t won any prizes for design and many Moscow locals are of the opinion that it is one of the ugliest statues in the world and an eyesore for the city. A rumor that doesn’t help matters much says that the statue, erected in 1997, wasn’t originally intended to honor Peter the Great but was instead created in homage to Christopher Columbus to commemorate the 500th anniversary of his first voyage.

When a buyer couldn’t be found for the statue, some details were reworked so that it would represent the 300th anniversary of the Russian Navy founded by Peter the Great. Also, the czar wasn’t a fan of Moscow at all, to the extent that he moved the capital of Russia to Saint Petersburg. Because Moscow’s residents don’t seem to be warming up to his statue, it has been suggested that it should be moved to Saint Petersburg. The people of Saint Petersburg, however, do not seem to be very interested in sporting the huge monument within the borders of their city either. 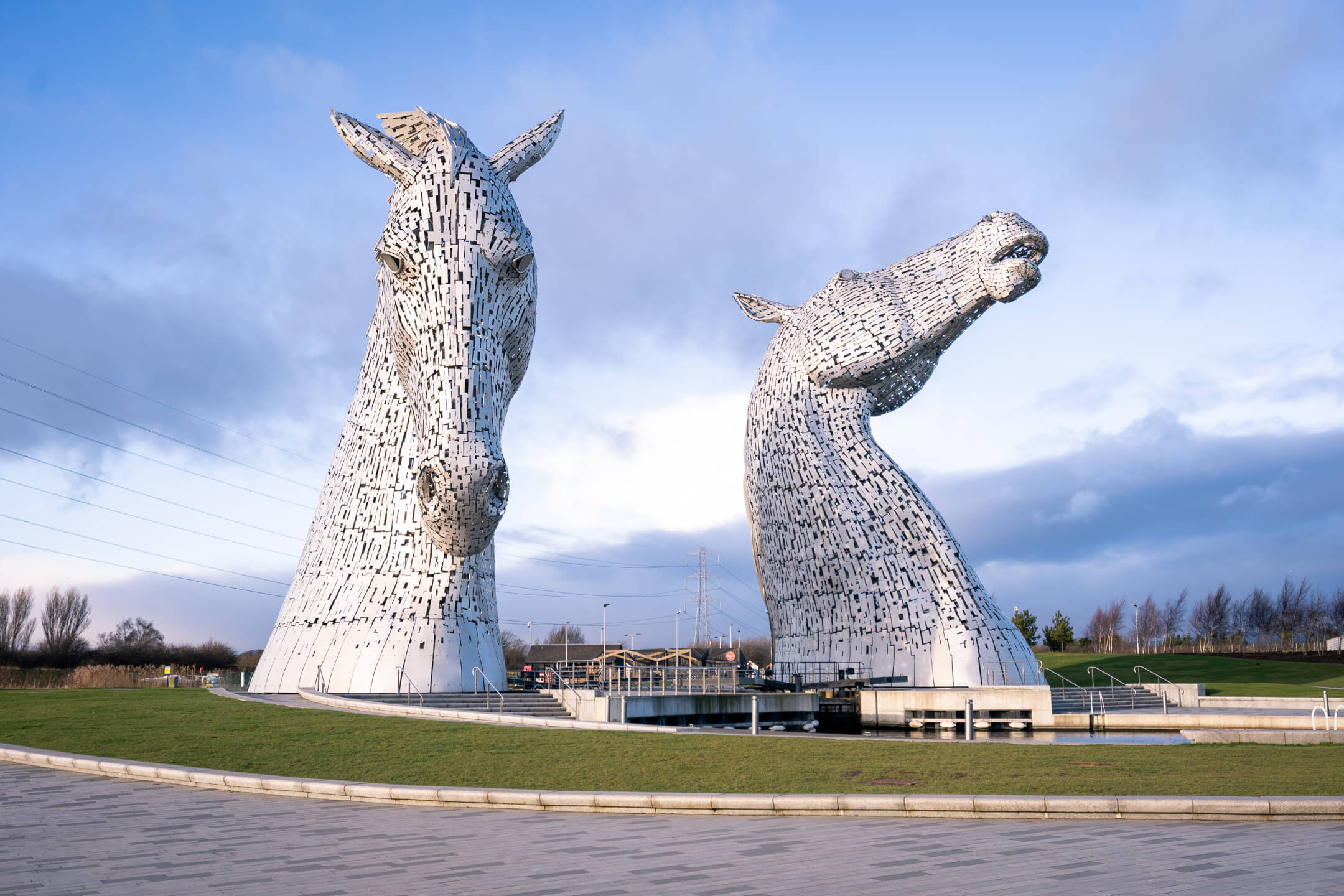 Kelpies are shape shifting aquatic beings of Scottish legend. They are rumored to haunt waterways such as rivers and streams and appear to humans in the form of a horse or pony. They are evil however, causing humans and especially children who happen to get on their back to be permanently stuck to their hide. They then drag their unfortunate victims into the nearby water and proceed to eat them.

In 2013, two 100-foot-tall horse-head statues were unveiled between Falkirk and Grange mouth in Scotland. They were opened to the public in 2014 which was also the Lunar Year of the Horse. The sculptures, known as The Kelpies, are the biggest equine sculptures in the world and the tallest in Scotland. They form a gateway at the eastern entrance to the Forth and Clyde canal and are a monument to the horse-powered heritage of the country. 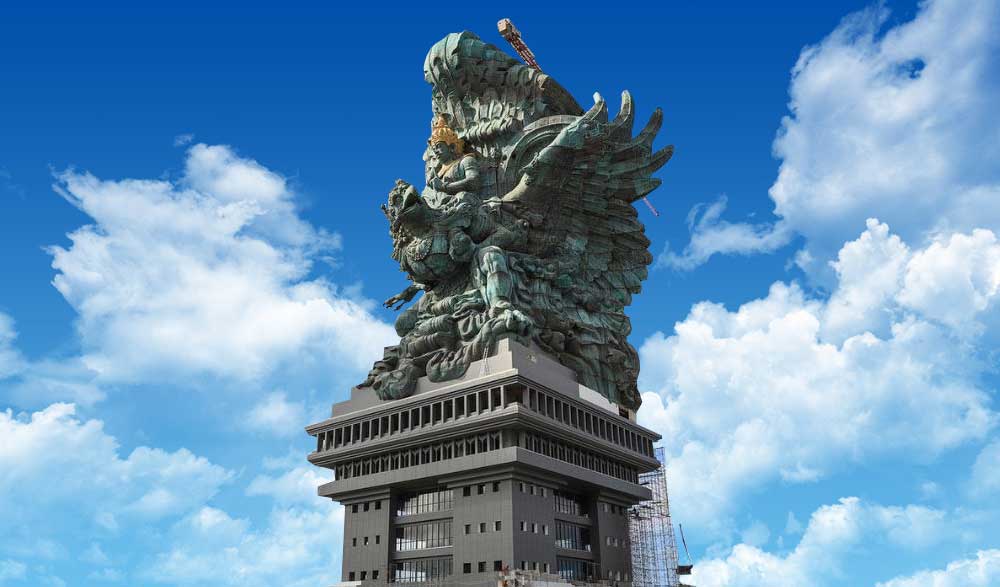 In 1990, Indonesian sculptor, Nyoman Nuarta was inspired to come up with the design of a statue depicting Hindu deity Vishnu astride the mythical bird, Garuda. Construction began in Bali in 1997 but setback after setback led to the project only being completed in 2018. The total cost came to around $100 million.

The copper and steel statue is very impressive, standing at 246-feet tall with Vishnu sporting a crown covered in gold-plated mosaics and weighing 3.5 tons. An architectural lighting solution was incorporated to enhance the finer details of the tallest statue in Indonesia.The myth behind the inspiration of the statue’s design tells the story of the search of Amrita (the elixir of life). It is said that Garuda agreed to be Lord Vishnu’s mode of transport if in turn he could use the elixir to free his enslaved mother. 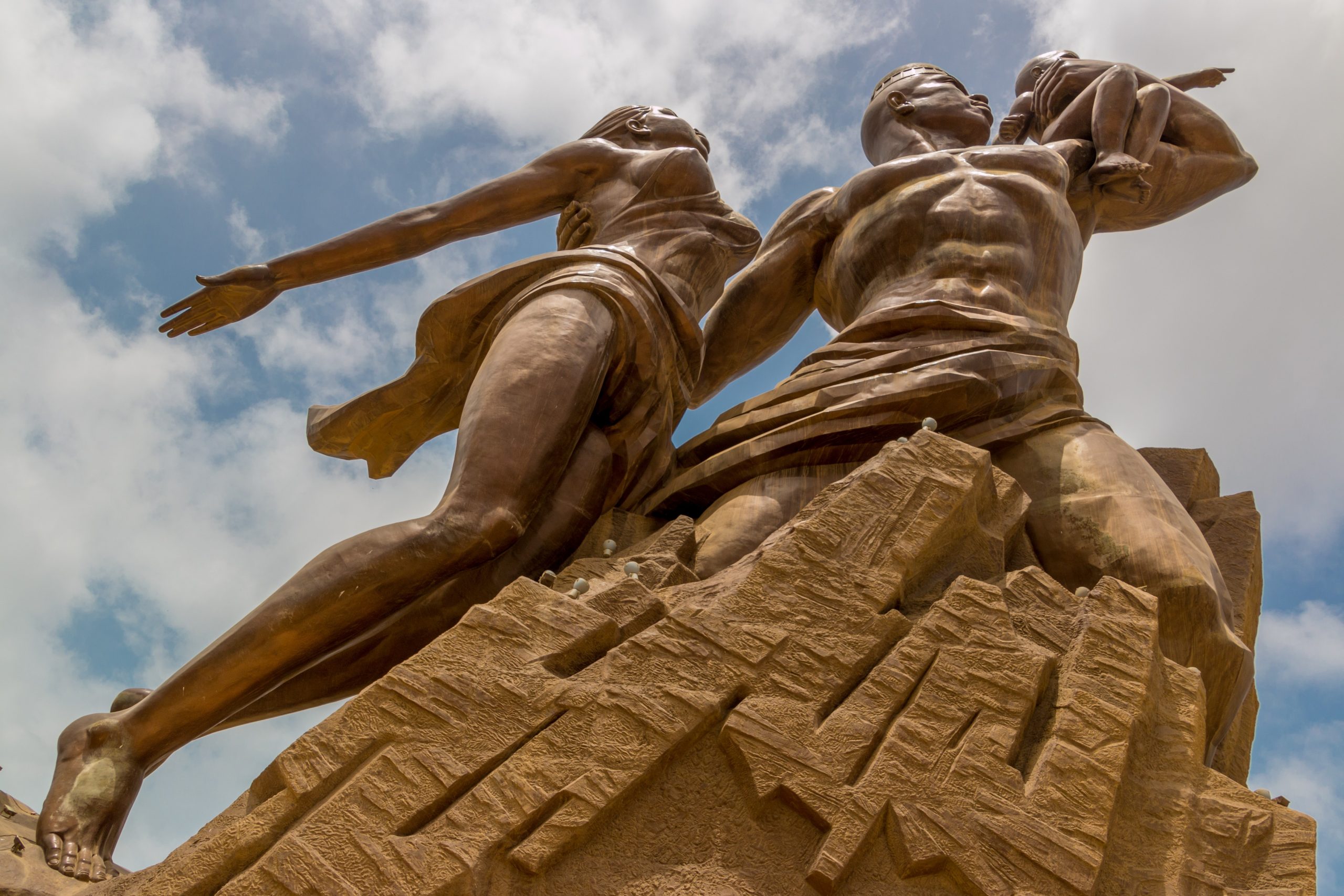 In 2010 then president of Senegal, Abdoulaye Wade, unveiled Africa’s tallest statue: the African Renaissance Monument. The 160-foot bronze statue was meant to be a proud symbol of African liberation and to entice tourists to explore the country. It officially commemorates the 50th anniversary of Senegal’s independence from France. The sculpture depicts a strong man holding a small, nude child in one arm with the other wrapped around a scantily clad woman.

However, in a predominantly Muslim community, the concept of idolatry and the nudity displayed did not go over well. Add to that the fact that almost half of the country’s population lives below the poverty line and that $27 million was spent on the statue alone, understandable outrage ensued. As construction went on, it wasn’t uncommon to see heaps of rubbish at the base of the hill the statue now stands on. Unfinished homes dotted the area surrounding the monument. 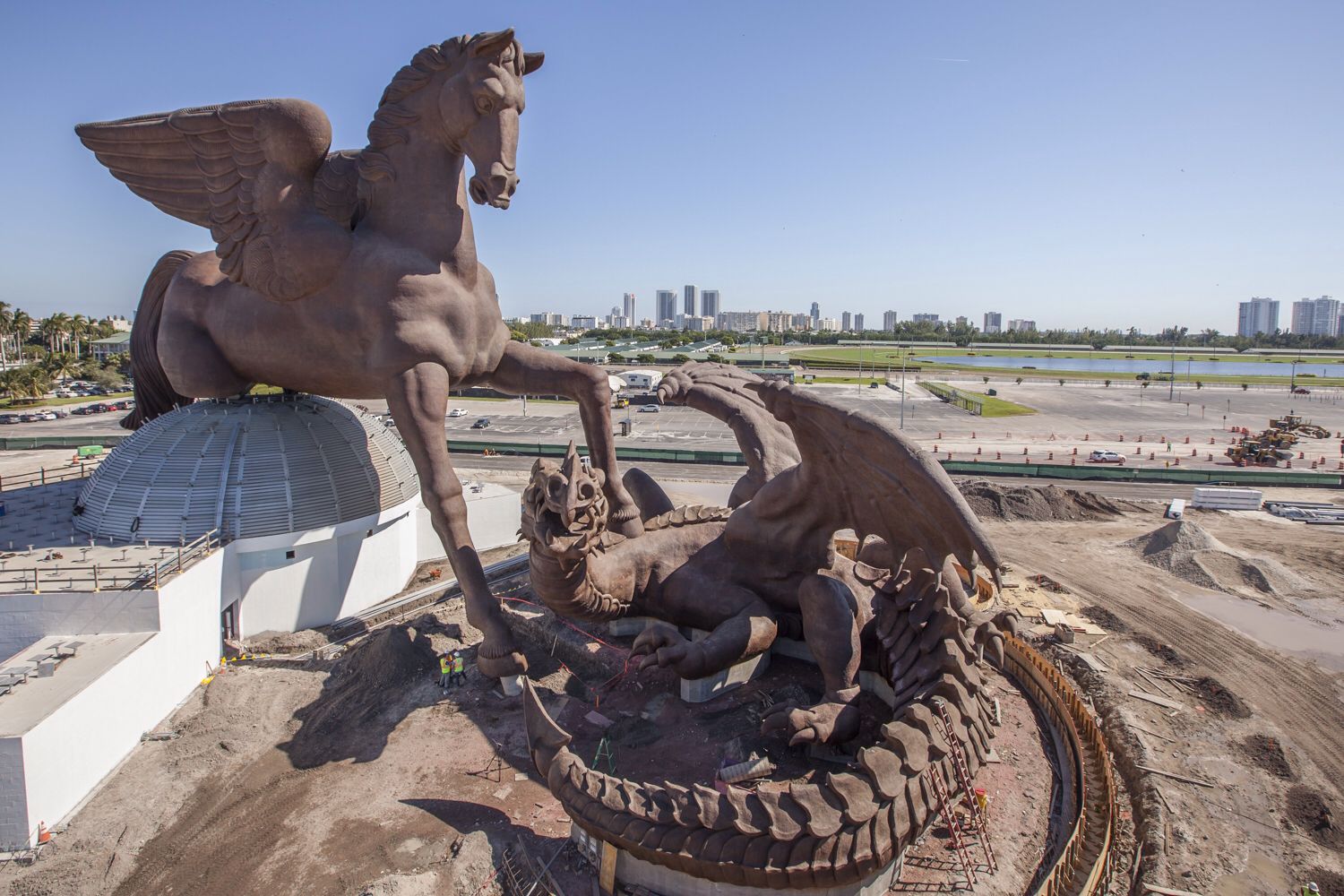 Thousands of horses have trotted through history, playing a pivotal role in transportation, city development, medical breakthroughs, and warfare. Up until the final battle of WWII, horses were used to pull heavy artillery, transport supplies, and carry brave soldiers onto the battlefield. During the middle Ages they were trusty steeds to knights. Henry II would not have been able to travel the more than 400 miles to a battle, if not for horses. To this day, some farmers still use horses to work their land.

In 2011 founder of the Stronach Group, Frank Stronach, sketched a rough idea of what he envisioned a massive horse statue should look like. Five years later, his vision came to fruition in the form of the 100-foot-tall Pegasus and Dragon statue located on the north side of Gulfstream Park in Hallandale Beach, Florida. The bronze statue is the largest horse sculpture in the world and was erected in honor of all the horses that made unforgettable contributions to human civilization. This stunning piece of art depicts Pegasus standing over a fallen dragon and took two years to build.

Facts Girls want Guys to know about them.