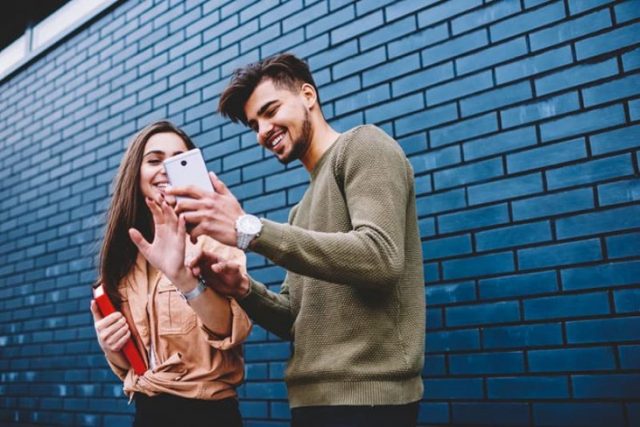 Whether a guy is just starting to date a woman or is in a committed relationship with her, there are small things that she may do without thinking twice that guys secretly love.

While there are many, here are eight to start.

Laying your head on his chest.

When laying on the couch watching TV or laying in bed after a long day, it’s one of the best feelings when a woman lays her head down on your chest and puts her arm over you.

As men, we enjoy feeling as though we are being protective, and this signifies that she feels safe in our arms.

When you text him first.

There is a lot of pressure on guys to always initiate conversation. Sometimes he may not know if he’s being too pushy or texting too much – he might overthink it and not text you at all, which could leave you wondering.

Guys like to feel affection too, and if he’s really into you, he will be thinking about you. Sending him a quick text will brighten his day and spark a good conversation.

When you tell him you appreciate him.

Some people are more affectionate than others, and there’s nothing wrong with however you are. Just remember, if a man puts in a lot of effort into your relationship (as he should), he will never complain about hearing how much you appreciate him.

While he should be able to read your feelings from your actions, some guys need a more direct approach. It will make him feel all warm and fuzzy inside.

Play with his hair while he’s driving.

I didn’t realize how great this one was until my girlfriend at the time randomly did it one day. If you’re riding shotgun, reach over and lightly scratch the back of his head for awhile. Guaranteed to make him smile. (Don’t distract him too much though, he’s driving!)

Some girls go overboard with this. Way overboard. But, if your guy does something nice for you, it never hurts to talk about it or snap a photo of the impromptu dinner he had arranged when you got home from work.

It will show him that you appreciate him and are willing to share your appreciation and love for him with the world.

Women know better than anyone that really listening isn’t just a passive activity. It’s actually an action and it takes effort. Sometimes a guy has something important going on in his life, is working towards a goal, or is just stressed out about work.

When you really sit down, keep his eye contact and become genuinely engaged in a conversation about something important to him, it will let him know you care (even if he already does).

Text him when you’re out with your friends.

I’ve heard some really bad stories about guys who are insanely jealous or don’t “let” their girlfriend go out with friends, and especially with other guys. While I understand the apprehension, a man should be secure enough in his relationship (and trust his girlfriend enough) to not worry every second she is out without him.

If you have a man who is mature enough to tell you to go have a good time, text him every now and then during the course of the night just saying hello. It will make him smile and let him know that you’re still thinking about him when you’re out.

You don’t have to jump on him in public, but small things like taking his hand while you’re walking, hugging him in line at the grocery store, or hooking your arm into his as you walk into a party, will make him feel close to you and that you’re proud to be with him.

Men are relatively easy to please. When we say that, we mean it. We don’t require a lot to stay happy and we really do love doing things for our girlfriend to make her feel special.

That being said, relationships are a two way street. The good news is, it doesn’t take grand romantic gestures to make a man happy, just slip a note in his pocket to find during the day, or kiss him on the cheek while you’re watching TV.

These small things will make him (and you) smile.

4 Secret Body Language Signs to Tell If Someone Is Lying