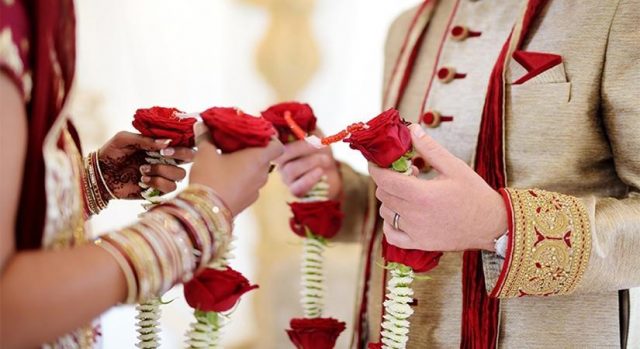 India is well-known for plenty of things, its rich culture, heritage and how can we forget Bollywood, but when it comes to Indian Weddings, it is another thing altogether!

Indian weddings are not just some ceremony that involves two people who are going to start their life together, but it is a celebration of two families who get along with each other. This article includes all the major ceremonies of a big fat Indian wedding, from engagement to the final reception. Read on to know more:

It is an important pre-wedding ritual where the bride and groom to become face to face and are formally engaged to each other by exchanging their rings in front of their families. Generally, it takes place one or two months before the wedding

It is known to be the beginning of all the wedding rituals or you can say “subh aarambh”. Families worship and invite Lord Ganesh to be a part of the wedding and bless the couple to have a long and happy married life. A small hawan and pooja also take place, wherein the priest chants mantra to seek blessings of the Lord.

These ceremonies usually takes place one or two days before the wedding. It is a women-centric ritual where men of the family usually don’t take part. Mehendi is basically an application of henna paste on the bride’s hands and feet, where the other ladies of the family can also apply mehendi on their hands. Elderly ladies are involved in singing traditional Mehendi songs with dholaks and other musical instruments.

The evening after the mehendi is known as Sangeet night, from setting up the dance floor to the amazing choreographies prepared by the family members, this is the one major ceremony to which all youngsters of the family look forward. The opening of the ceremony is usually done by the first dance of the bride and the groom and then followed by some amazing dance and music performances by the other members of the family.

This custom takes place on the wedding day in the morning, Bride’s father along with other acquaintances visits the house of the groom to apply the auspicious tilak on the forehead of the groom to make sure that he is finally ready for marriage and also that the bride’s family has accepted him as their would-be son in law.

The ultimate and most awaited wedding night, where the bride wears the beautiful lehenga and is adorned with exquisite jewelry and groom wears a sherwani along with saafa (turban). Both of them exchange garland in front of all the relatives, family and friends. Appetizing food is served for all the guests.

A mandap consists of 4 pillars which are decorated with flowers. There is a sacred fire within the mandap around which all the rituals saat phere, kanyadaan and maag bharai are performed. The priest recites hymns from vedas, saat phere (seven rounds encircling the fire) is performed by the bride and the groom along with the seven promises to be kept for life.

All the functions and ceremonies are organised by bride’s family except reception. The reception is usually organized by the family of the groom and is a sort of a magnificent feast. This ceremony takes place just after the wedding day, and it is an official appearance of the newlywed couple after their marriage.

This is why Indian weddings are so popular all over the world, so next time whenever you attend a fun and frolic Indian wedding, experience its grandeur with your own eyes because it’s all about the enthralling decorations and the rich culture.

I Never Imagined That Toothpaste Could Do So Many Things. Check Out These 20...