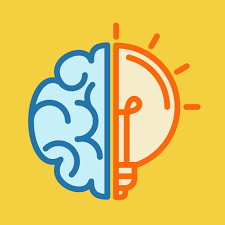 Manipulation is generally a bad skill to use to get what you want, but sometimes it’s justifiable when you have a noble cause. Perhaps you’re trying to get someone to live a healthier lifestyle or enjoy an activity with you. When other tactics fail you and it’s time to resort to a little manipulative behavior, here are some tricks you can use to get what you want without being completely abandoning your ethics.

Nobody enjoys being tricked, so you don’t want to use anything you learn in this post for evil purposes. Most of what we’re going to discuss is simply a matter of creating a scenario where it’s more likely that whoever you’re trying to manipulate will be happier and enjoy themselves more. This isn’t about simply getting what you want, but creating a positive experience for the manipulator and the manipulatee. Rather than dive into many possible situations, we’re just going to use one scenario as an example: getting a friend (or whomever) to join you on an activity and have a good time. That said, these same tricks can be repurposed for other situations as well. We just want to keep it simple. All you need to follow are two steps.

Step One: Convince Your Friend to Do the Thing They Don’t Want to Do

It’s nice when you have someone with whom you can share an activity. The problem is, you may love interpretive sculpting but will have a hard time selling your friends on the joy it can provide. Fortunately, most people can come around under the right circumstances. You probably thought you’d absolutely hate the butt pinching festival last Spring but, as things turned out, you’re going back for the fifth time with hopes of taking home a blue ribbon. In all seriousness, what we end up liking is often a matter of circumstance. If you want your friend to partake in something you enjoy, they’ll be more likely to join in under the right conditions.

First things first, you have to get your friend to go with you. Rather than trying to convince them that they’ll want to join you, as that will cause them to naturally come up with counterarguments, ask them to join you as a favor. As Ben Franklin discovered and David McRaney, of the blog You Are Not So Smart,highlighted, doing something nice for another person can get you to like them more (rather than the other way around):

[Ben] Franklin set out to turn [a] hater into a fan, but he wanted to do it without “paying any servile respect to him.” Franklin’s reputation as a book collector and library founder gave him a reputation as a man of discerning literary tastes, so Franklin sent a letter to the hater asking if he could borrow a selection from the his library, one which was a “very scarce and curious book.” The rival, flattered, sent it right away. Franklin sent it back a week later with a thank you note. Mission accomplished.

This works because although we think that we do nice things for people because we like them, our brains tend to process things the other way around. The reality is that we tend to like someone because we did something nice for them. If your friend sees this activity as a favor, they’ll feel better about you than they will if you’re trying to drag them along.

How can you ensure your friend will enjoy the activity? You can’t, but you can increase the odds. Let’s take a look at a few ways you can do just that.

First, it can help if there’s anything remotely challenging about that activity. If there is, do it with them and it can become a bonding experience. Even if they didn’t enjoy the activity, they’ll look back on it fondly, later, because it brought you both closer together.

Choose a Familiar and Comfortable Environment

It can help if the activity will surround the person with familiar things and the kinds of people they like. While we like to believe we’re open to new possibilities and respect the differences in others, we really don’t. If you want to get someone to like something different, it helps if you can make them feel comfortable in as many other ways as possible.

Finally, get them in a good mood beforehand. This may seem difficult, especially if the person in question is an awful and negative person that you’ve somehow managed to love, but it’s easier than you think. As noted in our brain hacking guide, there are a few simple ways to prime a person’s brain to have the right attitude for a given situation. While there are little things you can do like reciting a list of positive words, that’s kind of a weird thing to do in the company of others. Instead, you can use your enthusiasm to put them in a better mindset. Making them laugh is one of the best options, but if you’re not naturally funny and afraid to break out the tickler, frequent smiling can do the trick. Next time you see someone smile, notice how you’re probably smiling in return. It’s hard not to mirror happy expressions because it often happens without our full awareness. Little things like smiling and humor can go a long way, even when they’re completely unrelated to the given activity.

Reward Your Friend’s Competency with Compliments

And don’t forget the compliments. If the given activity requires your tag-a-long activity buddy to do or create anything, let them know you think they’re doing a great job once they’ve finished. People tend to like things more when their efforts are rewarded in ways that highlight their competence. You don’t want to outright lie, but something like “wow, you’re picking this up quicker than I expected” can make a big difference in your friend’s perception of the activity.

9 Things You Didn’t Know Google Maps Could Do

All you need to know about Gudi Padwa