Bay to Breakers is an annual footrace in San Francisco, California typically on the third Sunday of May. The phrase “Bay to Breakers” reflects the fact that the race starts at the northeast end of the downtown area a few blocks from The Embarcadero (adjacent to San Francisco Bay) and runs west through the city to finish at the Great Highway (adjacent to the Pacific coast, where breakers crash onto Ocean Beach). The complete course is 7.46 miles (12.01 km) long.

Bay to Breakers is well known for many participants wearing costumes. The 1986 edition set a Guinness Word Record for being world’s largest footrace with 110,000 participants, until that was surpassed by the 2010 City2Surf event in Sydney. Attendance in 2015 was reported at roughly 50,000. That year, Zappos.com signed on as the multi-year title sponsor of Bay to Breakers; the name of the race became Zappos.com Bay to Breakers. As of 2017 the title sponsor of the race is Alaska Airlines. 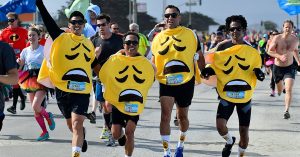 Started as a way to lift the city’s spirits after the disastrous 1906 San Francisco earthquake, it has been run for more consecutive years over a given course and length than has any other footrace in the world; although other footraces are older and have been run for more consecutive years, their courses and lengths have changed over time. During World War II participation sometimes slipped below 50 registrants, but the tradition carried on. With 110,000 participants, the Bay to Breakers race held on May 18, 1986 was recognized by the Guinness Book of World Records as the world’s largest footrace. That record number was partly the product of the running boom of the 1980s; currently the average participation is between 70,000 and 80,000. Many participants do not register; of the estimated 60,000 participants in 2008, 33,000 were registered. The San Francisco Examiner, a former sponsor of the race, published a list of the first 10,000 finishers the day after the race each year. 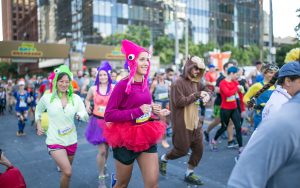 The route is typically dotted with various local bands performing. At the end of the race is a Finish Line Festival, a gathering where participants and spectators can enjoy musical performances by various musical acts.

In February 2009, city officials and race sponsors announced changes to the race regulations. The regulations included an official ban on floats, alcohol, drunkenness and nudity. The changes were made to assuage the concerns of San Francisco residents along the parade route, who say the race has gotten out of hand in recent years. The news sparked outrage amongst many Bay Area residents who said the changes would destroy much that has made the race a national treasure for most of the last century. 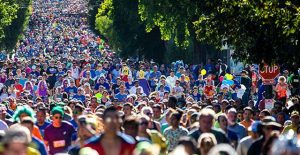 2020 saw a virtual race run for the first time as a live human race wasn’t held. Officials cite the COVID-19 pandemic as grounds for moving the race to online. Entrants were also given the option to defer their entry to 2021 or get refunded. The next race will start in August 2021. 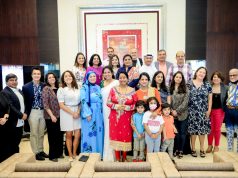 Ways to Lose weight with Yoga!