Headquartered in Beijing, Xiaomi Inc.a Chinese electronics company that produces, sells and designs smartphones, mobile apps, laptops, power banks etc.comes up with its latest addition to the Redmi series, the Xiaomi Redmi note 4 which is a successor to  Redmi Note 3 and Redmi 3S. It was launched on 19th January this year.

It has been launched in three variants i.e. Gold, Silver and Grey color with a brand new Matte Black color variant coming soon.

The new Redmi note 4 is now available exclusively on Flipkart and the official website of Xiaomi Inc. (Mi.com) without any pre- registration for the sale.

The new member of the Redmi series is an upgraded version of Redmi Note 3 and boasts some impressive features. Here are some of its specifications:

Design and Look- The look is more or less the same as the Redmi Note 3. The new Xiaomi smartphone measures 151x76x8.35mm and weighs 175 grams. The completely metallic and sleek body gives it a very classy look. It is 8.33mm and is slimmer and sturdier as compared to its predecessor and therefore less slippery. There is also a 2.5D curved-edge glass across the front which sets it apart. There are navigation buttons below the display and slim borders around it. The rear camera, dual-tone LED flash and fingerprint scanner at the back are set up much the same as on the Redmi Note 3. It has a 3.5mm audio jack and the power and volume buttons are placed on the right.

Display-The Redmi note 4 has an amazing 5.5 inch full- HD display. Further, it has a resolution of 1080 X 1920 which increases the sharpness of the images and texts. The screen size of the phone is also big enough to watch movies and videos.

Capacity and Battery-  It has three variants: 2GB of RAM and 32GB of storage; 3GB of RAM and 32GB storage; and 4GB of RAM and 64GB of storage.It has a dual SIM tray which supports one Nano-SIM and one Micro-SIM or a microSD card. Xiaomi notes that both SIM cards support 3G and 4G networks. For more capacity, it also has microSD cards of up to 128GB which should be sufficient for most people.The longer battery life as compared to the earlier phone (i.e. The Redmi note 3) is one of the main USP’s of this phone. Its battery capacity is rated at 4100m Ah battery.

Software- The new smartphone runs MIUI 8 based on Android 6.0.1 Marshmallow. Xiaomi has added plenty of new features including Now on Tap which was one of the highlights of Android Marshmallow, introduced in 2015. MIUI 8 comes with a new Gallery app that automatically syncs stored photos on the device with Mi Cloud. Users get 5GB of free cloud storage on signing up for an account.

The Quick Ball feature, which was first seen on the Xiaomi Mi Max (Review), is available on the Redmi Note 4 as well. With privacy in mind, the Redmi Note 4 offers Dual Apps and Second Space.

Another highlight of the software is scrolling screenshots, which lets users take screenshots of entire Web pages.  MIUI 8 brings a caller ID feature to the Redmi Note 4, which eliminates the need for third-party apps such as True caller. The Messages app has also received some much-needed tweaks in the latest version, such as the ability to bundle similar messages into folders.

Overall, the Xiaomi Redmi note 4 is quite impressive with its reasonable pricing and can provide a tough competition to other smartphones in the market. With the upgraded version and its improved software and features, it proves to be a good investment.

Moreover, it fares well in terms of the camera, display, screen size, battery life and the overall performance.

However, there are also some cons of this smartphone regarding its battery as it is not- removable. Further, there is no NFC (Near Field Communication).  Lack of quick charging and excess of preloaded apps are also some of the disadvantages which should be kept in mind before buying the Redmi Note 4. 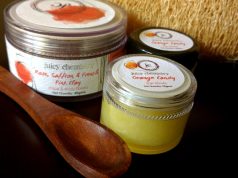 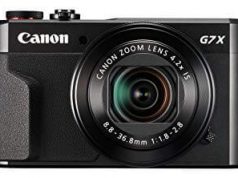