Just as in the west Shakespeare’s Romeo and Juliet epitomises young-love-thwarted, in the Indian Subcontinent it is symbolised by the story of Heer and Ranjha. Heer Ranjha is one of several popular tragic romances of Punjab.There are several poetic narrations of the story, the most famous being ‘Heer’ by Waris Shah written in 1766. It tells the story of the love of Heer and her lover Ranjha.

Heer was a lovely young woman, born into a wealthy family. She belonged to Sayyal clan in Jhang, Punjab. Ranjha whose first name was Dheedo, was a jatt of Ranjha clan. He was the youngest of 4 brothers and resided in the village of Takht Hazara, located by the chenab river. Being the last child and also the favourite of his father, he led an easy life, unlike his brothers, who toiled away in the fields. He would play his Bansuri (flute) for much of the day and merely idled away his time.

His brothers always resented the fact that he never helped them out with their work. One day, he quarrelled with them over their family property and his brother’s wives also refused to keep feeding someone who never contributed to the family’s finances. So he left home and wandered around for sometime and finally reached Heer’s village. He took one look at her and fell for her. Her father offered Ranjha the job of herding his cattle. Heer would often listen to Ranjha playing his flute so melodiously and slowly and surely, fell love with him. Heer told her friends not to call heer because Ev’r rehearsing Ranjha Ranjha I have become myself Ranjha . the famous sufi poet Baba Bulleh wrote a beautiful kafi (poem) on Heer.
Ev’r rehearsing Ranjha Ranjha I have become myself Ranjha;
Call me now as Dhido Ranjha; Not by the name of Heer but Ranjha.
Ranjha in me, and I in his heart,None else is there on finest chart;
I am not ‘I’ , he all in all, and he himself would come console,
Whatsoever is seen in me, My caste and creed is not of me,
For I,with whom knitted with love,Transmuted me into his love,
Now put aside the sheet in white, put on the beggar’s gown ablight;
Whitish garments would be stained, No stain can stick to gown restrained.

One day Heer’s uncle, Kaido, discovered their love and brought it to the notice of her parents, Chuchak and Malki. They along with the local priest, forced her to marry another man, Sadashiv Khera.

Hearing of her wedding, Ranjha was heartbroken and wandered around the countryside, all alone. He then met ascetic, Baba Gorakhnath, the founder of “Kamphata” sect of jogis at Tilla Jogian in Sargodha District. Ranjha then decided to renounce the world and became a jogi himself. He would forever take the name of Lord Shiva, chanting “Alakh Niranjan”. He started wandering from village to village where Heer happened to live.
The minute she saw Ranjha, she knew that the love for him would never die. She decided it is high time that she left the Khera family and got together with her soulmate, Ranjha. Reaching her parents home, she managed to convince them to allow her to leave her husband and marry Ranjha. They were completely shocked by her request, but with time, realized that their love was true and that nothing would destroy it. They finally consented to Heer’s marriage with Ranjha. The wedding date was fixed and the preparations made, However the main villain Kaido, did not want the marriage to take place. He poisioned Heer’s food and made it look like a poisonous snake had bitten her. Hearing of the news Ranjha rushed to the spot. But he was too late – the strong poison had acted on her and she had already breathed her last. Brokenhearted once more; also realizing that her uncle had poisoned Heer ; Ranjha took the laddu (sweet), which she held in her hands and took a bite of it. In a little while, he too fell dead by her side.

Heer and Ranjha were burried side by side in the former’s hometown. Visiter’s especially lover’s, pay a visit to their mausoleum. It was Heer’s strong conviction, which has placed this tragic romantic tale on the prestigious pedestal along with Punjab’s religious poetry. 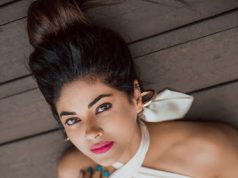 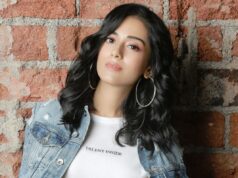 Amrita Rao, model turned actress, has established herself as one of the most promising actresses in bollywood. She goes candid with Beattractive. Well…..read on...

Every successful relationship is successful for the same exact reasons

Best Places in Mumbai to watch the sunrise

TABLET vs. PHABLET: 5 Questions to Help You Decide Which One to Choose?