Manypeople dream of owning their own company and being their own boss. But only a handful of those people actually do it. Many of us simply fall into a routine of working for someone else. No matter what your dream in life is, you can achieve it! Here are some famous entrepreneurs who have sought after their goals and fulfilled their desires, no matter what stage of life they were in!

If you think you have to be an adult to start a business, think again! Ashley was 14 when she started Whateverlife.com in 2004. The site offered free Myspace layouts and HTML tutorials to make customizing Myspace pages easier. By 2008 her site was getting 7 million hits per month and included Verizon in a list of high profile companies vying for ad space. It’s encouraging to know that someone at just 14 years old can carve out a nice business for themselves! We can’t wait to see if she does anything else! In 2005, at 19 years old, Carrie was a law student at the University of Birmingham. She had run out of money after her first year and opened a phone unlocking business. She had no knowledge of business building and yet in four years she had over 100,000 visits to her website and over 500,000 views on her YouTube videos. She was generating $500,000 a month!

During those 4 years, she started the Female Entrepreneur Association with no followers, no fans, and a large desire to bring women together to help support them in business. Within 5 years of starting that endeavor she had over 300,000 fans on Facebook, 100,000 email subscribers, 80,000 hits to the website per month, and generated $90,000 of income per month.

And did she drop school to favor her businesses? NO! She continued and graduated on time while running both businesses. She is a true vision that it doesn’t matter if you are young and how busy you are, you can make yourself a success if you want it. Lan Yang began her journey to being Hong Kong’s answer to Oprah Winfrey at age 22 by starring in the Zheng Da Variety Show. She has become such a famous face that when she and her husband founded Sun Media, they were able to make it into a major media monopoly. The multi-platform includes television, newspapers, magazines, and websites.

She has 33 million followers on Weibo (Hong Kong’s version of Twitter), outweighing Oprah’s impressive 18 million followers on Twitter. She most recently launched a charity alliance aimed at promoting transparency in Hong Kong’s philanthropic sector and routinely engages in Ted Talks across her country. Lan Yang knew what she wanted from a young age and has worked her way to the top without ever depending on someone else to do the work for her. If you need inspiration for entrepreneurship, look no further than Sergey Brin. He co-founded Google with Larry Page in 1998, at the age of 25. They named it Google after the mathematical term Gogol in their mission to organize the immense amount of information that is available on the web. Both he and Larry raised $1 million from friends, family, and other investors to begin the daunting task of organizing the web and have successfully become the most well known search engine in history.

As of 2016, the search engine handles more than one trillion searches in a single day. Sergey is now worth $43.9 billion between his success at Google and various other projects he has taken on since then. Sara is a self-made billionaire who founded, and still owns Spanx. At age 29, she spent her only $5,000 to invest in her idea for slimming and shaping undergarments. She was a door-to-door fax salesperson when she designed the undergarment to wear under white slacks (which are not as forgiving as black slacks). In the first year of promoting her invention, she would set up a folding table in the foyer of Neiman Marcus and do her best to sell as many as she could. It’s true when we say, “it doesn’t matter how you get there as long as you make the start!” You can’t talk about successful entrepreneurs and not mention Jeff Bezos. Amazon is the leading e-commerce site all over the globe and it’s major success is due to Jess Bezos, his tenacity, and hard work. At 30 years old, in 1994, he left a cushy New York hedge fund job to begin Amazon as an online book store. Now the online leader sells everything you can possibly imagine, offers self publishing for e-Books, and digital video entertainment services. He also has his hands in aerospace, with his company Blue Origin, developing reusable rockets that will transport people.

Many people think that at 30, they are in their career. Jeff looked beyond and decided to engage his passions rather than work a traditional financial position. Cher Wang loves her technology and certainly did well by helping start HTC in 1997 when she was 39 years old. Not only has she stayed with the company through it’s ups and downs, she now oversees the latest release of the HTC One (M8) and has seen to it that they were launched across the four largest US phone carriers, a first for HTC and hopefully not the last. Everyone knows Vera Wang as a major wedding dress designer. However, she began her fantastic career as a fashion editor for Vogue and eventually a design editor for Ralph Lauren. It was after she designed her own wedding dress, at 40 years old, that her introduction to fashion designing truly began. Sometimes the path to our major success includes life lessons along the way that support what we should be doing. In Vera’s case, she always had a flair for fashion and she brought what she learned as editor and director to her designs! Henry Ford is known for being a fantastic engineer and a spokesperson for fair wages for labor. We all know he designed and manufactured the Model T in 1908. But did you know that he was 45 years old when he created the iconic vehicle? It goes to show that when you have an idea that could revolutionize the world, who cares how old you are? At 55 years old, Arianna Huffington started Huffington Post. Read that again…..at 55 years old! The blog site quickly became a huge success and was eventually purchased in 2011 by AOL. Prior to HuffPo (as many refer to it), Arianna was a conservative commentator when she made the move to start her own website. She has written many books over the years and has most recently published The Sleep Revolution. In 2016, she started Thrive Global, a start-up devoted to health and wellness. She is now 66 years old and going strong!

Most of us think that we need to go to college first, get a degree, and then get a traditional job. These famous entrepreneurs show that it does not matter how old you are, what your level of education is, or how much money you have, you can become your own successful boss and launch an amazing company to do fantastic things that change the world. They may have been afraid to step out and take on their dreams but they did not let that fear grab them and hold them back. So what are you going to do with your life? 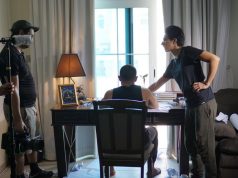 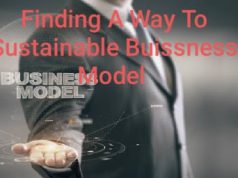 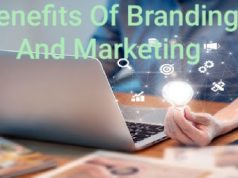 Benefits Of Branding And Marketing: What They Do To Our Business :