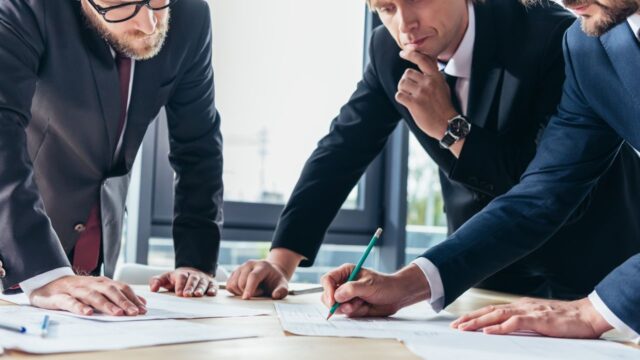 When I graduated from university, I wanted to be at every networking opportunity in the way that a small child wants to be at every birthday party. While all of the kids at a birthday would swing at a piñata for candy, all of the adults at a networking event are swinging at an invisible piñata of opportunity – so not too different, I guess. With a few spare minutes, I would search up every open networking brunch, party and event in Vancouver for that month. If possible, I would peruse into media meetups, and get myself onto lists for social hotspots where I could learn from other people, while also casually marketing myself to people I felt that I could work with.

With a few spare minutes, I would search up every open networking brunch, party and event in Vancouver for that month. If possible, I would peruse into media meetups, and get myself onto lists for social hotspots where I could learn from other people, while also casually marketing myself to people I felt that I could work with.

After speaking with several of my friends recently, it turns out that several of them are put off by the idea of a networking cocktail party, and I don’t blame them. After a while, making yourself consistently available during weeknights can be difficult, especially when you have other responsibilities and day jobs to be refreshed for. Not to mention knowing which chat topics work, when to throw your business card at someone, and being able to introduce yourself in a way that appears professional, yet relaxed and social.

So I thought through which alternatives I have used and decided to make a list of quick networking tips for those who are tired of networking events and evenings, or for those who are perhaps not as comfortable in these settings. After all, it was thriving billionaire Richard Branson who suggested that a lack of life balance in ignoring our well-being may actually be what burns away our capabilities in the long term. For anyone aspiring to find a better balance, or find more time with your family, or even a few extra hours for the gym or the couch, this quick networking guide is for you!

One thing that I did do during my obsessive networking binge was gain connections through LinkedIn, and ACTUALLY converse with them; every conversation requires an initiation to begin, so I would direct questions to those who held impressive experiences under their name, in the hope that I could learn from them, and perhaps establish a mutual appreciation and understanding. This occurred on multiple occasions, and through this, I was able to gain advice I might not have found otherwise in my early twenties. I also gained access to more hush-hush events and hooked numerous tips on how to become more appealing in a professional sense.

Many of these individuals are people I am still in touch with today. So how do you decide who is best to contact? According to The Week, a great place to start is by envisioning that you have lost your job. Who would be the five to ten people you’d want to go to for advice? The worst thing that could happen is that they don’t have the time or desire to speak with you. At at that point, move on and connect with people who do want to speak with you!

Given how effective personal connection can be, you could still attend a cocktail party, but with more premeditated thought. I know, many of you mentioned that you’re tired of cocktail evenings, but here’s where we can change it up. The Grindstone states that if you are able to research who is going to be there, and you find that there are three contacts that could drastically improve your vision and opportunity, focus specifically on finding and meeting them.

When I first started attending these types of events, I found myself trying to casually mingle with everyone, but this can be considered a weak approach, as receiving forty business cards is less powerful than three or four people who you made a deeper connection with through quick networking. If you know what you need to accomplish, make it happen, and deliver your message in a focused and direct way. This has you leaving earlier than you would have otherwise. Consider this as an ideal compromise.

Sometimes, the best way to start a conversation is a post on social media, especially when it has been crafted by the person you are looking to connect with. According to Forbes, using social media to your advantage in business can allow for contacts to fall right into your lap. If someone posts something that you are curious about, ask them questions.

If someone posts something that you enjoyed, share it and perhaps comment on how much you learned. Try to make this positive experience more about them, and less about promoting yourself. Surrounding yourself online with the content of clever people can also positively impact your thinking as well, and have you strive to be better at what you do.

If you already enjoy writing or are looking to learn from others, you might like the publishing feature on LinkedIn, known as LinkedIn Pulse. To summarize, you write and publish a blog-style post (often on something career-oriented that you are specialized in, or a response to something in the business world), and all of your connections are able to see it.

It might not seem like quick networking, but if you frame it to contain several questions, you may find that a few contacts reach out to you to give you their interpretation on your topic. Be sure to listen and show appreciation for their feedback (unless their feedback is highly rude and inappropriate). You can also send the link to your article to someone who you admire, and ask what their thoughts are on it.

It seems that everyone can benefit from a dense network of compelling contacts. But not everyone is able to make the time to be out each night, networking until the break of dawn, and that is perfectly okay. Everyone is different, and there is not just one way to thrive and be successful. Hardcore attendance at local events worked for me, but so did quick networking. In fact, I was actually able to broaden my circle and establish more connections internationally, just by using these quick networking practices. If there are multiple methods to success, then why not sample the side that has your well-being in mind? it is important to acknowledge your health, as taking a break is professional, but burning out of steam on the job is not.